5 Most Common Ways of Saying 0 (Zero) in English

5 Most Common Ways of Saying 0 (Zero) in English 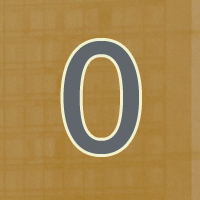 Did you know that there are many different ways of saying the number 0 (zero) in English? In this blog post I'm going to tell you when to use which version.

Nil:
In football (and other sports) scores. Example: In the world cup, Germany won against Portugal 4 - 0 (four - nil)

Oh (pronounced like the letter "O"):Zero:Interesting fact: Why is the score nil called love in tennis? According to the Oxford dictionary, there are two possible explanations. One seems to be that the term love was adapted from the idiom to play for love (of the game), meaning to play for nothing. Another explanation is that the term was derived from the French word l'oeuf, meaning egg in English, because the shape of an egg resembles the number zero.
Tags (Suchwörter): Business English, General English, numbers, vocabulary
comments powered by Disqus